The summer of 2015 would probably go down as one to forget, but it ended with me buying a mug with the year emblazoned on it. 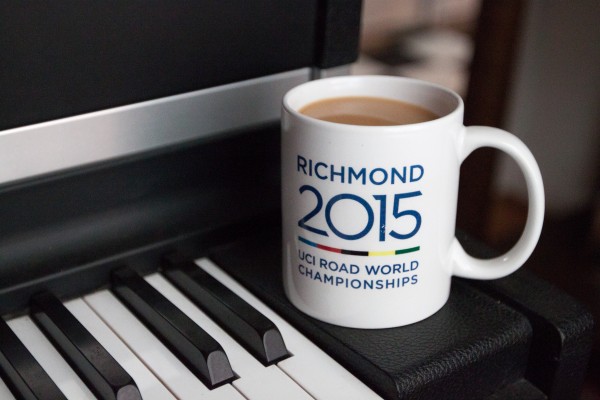 It’s at least been eventful – a leak in the kitchen pulling me into a [very] modest renovation; washing machine failing; people dying way too young; my cat/faithful shadow coming down with pancreatitis – it couldn’t be over soon enough. With a real vacation scuttled by days waiting for contractors and veterinarians, I settled for two days at the end of the week during the UCI Road World Championships.

I kind of wanted to see some of the races but was more concerned about getting my feet in sand and salt water for at least one day. I chose that Thursday and although I did get my feet in the sand, my brief contact with salt water was the classic (and painful), “Oh God, I have to pee! Please don’t smack me with a wave!” I did manage some relaxing time on the beach, but the autumn winds kicking up sand and the encroaching blanket of clouds sent me home early. Could’ve been worse. Could’ve been smacked by a wave while peeing on myself.

Friday started with a marathon of yard work brought on by a forecast calling for unending rain starting that afternoon. Once done and with no rain in sight, I ventured down to “the belly of the beast.” In the weeks leading up to the bike race, Richmonders were brainwashed into thinking we would be caught in stroke-inducing gridlock and mired in a sea of interlopers determined to keep us from work, doughnuts and beer.

But there I was, heading directly to it. The next three days, although exhausting, would be some of the most exciting I’ve had in a long time in this town.

Above was the corner of Broad and 18th on Friday when I first got there. I didn’t intend to promote VCU, but OK, go Rams. The crowd was decent and easy to maneuver.

Below is the last day when I finally got to Libby Hill. This was CRAZY! The crowd was NOT easy to maneuver but the overwhelming excitement and camaraderie was exhilarating. There was also beer and I’m sure doughnuts-a-plenty somewhere but thankfully no work.

This is Broad St. outside the Patrick Henry Building on Saturday during the Elite Women’s Road Race. The woman in the red to my left is Ceci, holding my beer and laughing while I make a fool of myself. We are not married nor dating so please do not congratulate us.

The camera I used for these shots is the 360 Spinner made by Lomography. It’s great because it almost always sparks conversations with total strangers … after they realize it’s not a bomb you’re setting off, of course. The girl to my left in the following picture appears to be VERY concerned about that probability.

You can also get some really cool blur effects if you spin the handle manually and direct the lens in different ways. I scanned the crowd with the one above but let the bikers zip past.

Oh yeah, the bikers. They were there too. What can one say? Awe-inspiring seems ludicrously understated. Once I got down to the city, I parked my car and biked around to the different areas. On one excursion from Libby Hill to the Broad St. finish area, I had to conquer the hill up to the Patrick Henry building. I use the word conquer somewhat jokingly. I did get to the top, but almost vomited and I think a baby could have crawled it faster and with more grace.

These men and women zipped around the city, up and down hills much worse and sometimes gripping nothing but slippery cobblestones. The view from the helicopter showed a swarm of bees flying around monuments and ducking under bridges at speeds that normally would’ve gotten you pulled over. The formation was such that if one of them had the usual Richmond-allergy-induced body sneeze, the whole lot would have been sent tumbling. They did not, and we are grateful.

Final day mayhem on Broad St. during one of the last laps of the Men’s Elite Road Race. I believe this is when the American was leading. It was electric and that’s not a burning flag, just a light leak.

Thanks for the much needed vacation, Richmond and UCI. It was truly a magical three days, and I don’t use that word often. I’d lump it along with the first year the Folk Festival came to Richmond as well as the time VCU went to the Final Four. Richmond knows how to show its love when it wants to. Hopefully we’ll see more of it in the future. 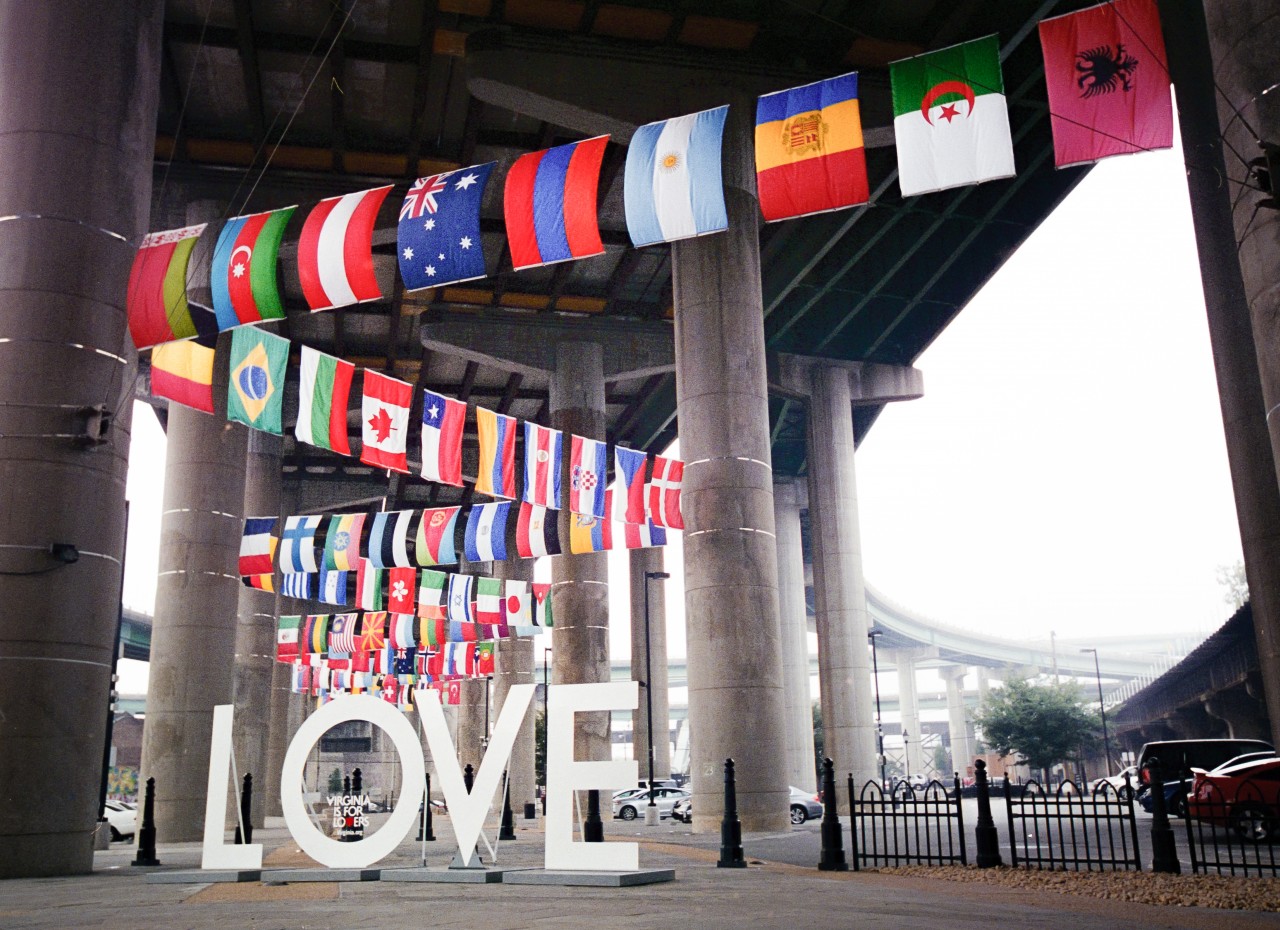