It seems like a lifetime ago since I recorded this. 16 years to be exact. I remember after I finished mixing it down putting it on a CD for my father to listen to. He seemed to genuinely like it which meant a whole lot. Still does.

It’s pockmarked with flubs and such, but except for a few edits, it’s two, mostly untouched, improvised tracks recorded right after each other. This is when I had just figured out how to record music on the computer. I was still living in an apartment so I was unplugging the speakers from my guitar amp and running a direct cord from there into the sound card. The working title was “Something.”

10 years later, I would discover Pat Metheny’s “New Chautauqua” album. I like to think this is in the same realm. Yeah, it’s new agey, but there’s some darkness in there.

The photo is one I took stepping into the James River. I set out with this music in mind hoping to get a photo that captured it. Was I too literal? I would dangle my feet over the rocks near the water which just looked ridiculous. I gave up and eventually shoved my feet in the water and took the photo. Can’t help but see hairless Hobbit feet. Is there a ring in there somewhere? Maybe. 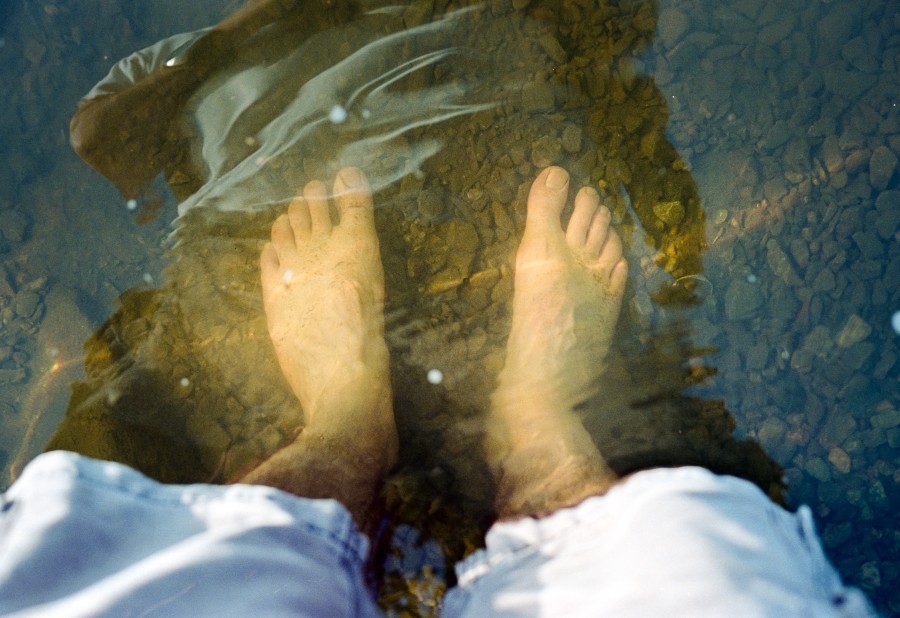