You’re not going to lose me. You’ve given me a taste for life. I wanna be happy. Sleep in a bed, have roots. And you’ll never be alone again, Mathilda.

This was the quote from the 1994 movie, “The Professional,” that came to mind when I was trying to name the kitten I had picked up from a local rescue group. I named her Mathilda, but she would be known as Matty. 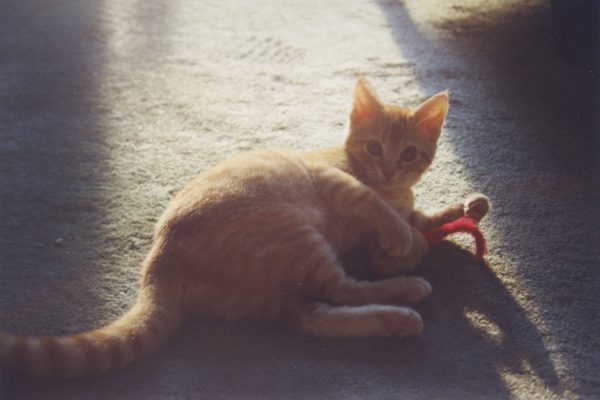 When I got to hold Matty for the first time, she crawled up onto my shoulder and perched there. She seemed comfortable so I decided this was the kitten I’d bring home to keep Penny company while I was at work. We bonded quickly. She came to her new home with an upper-respiratory infection and a couple weeks’ worth of antibiotics. As I cradled her daily to give her medicine, I fell in love. 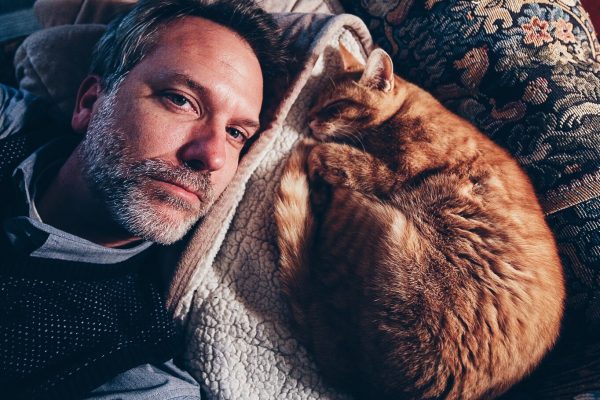 This tiny little kitten grew up to be a tiny little cat; the eternal kitten, really. She was full of energy – either climbing up my back to get to my shoulders, or climbing up trees in the backyard, or actually bouncing off the wall in the hallway as I looked on from the sofa. She’d land and look at me like, “Get up! Let’s play!” 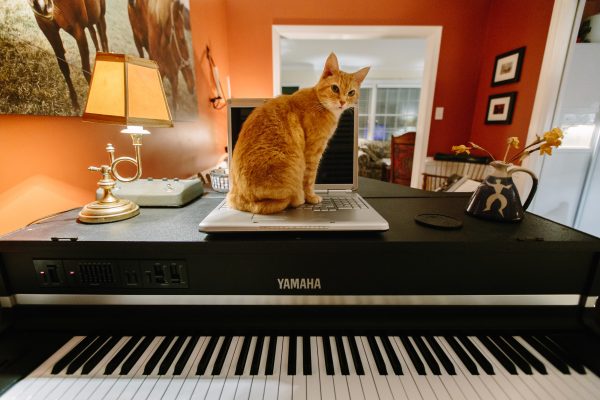 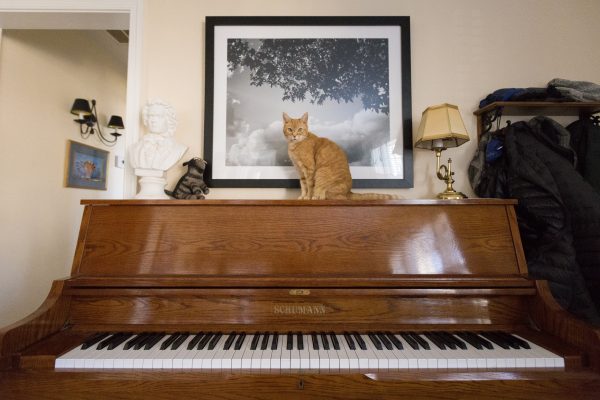 We’d play hide-and-seek which simply consisted of me hiding behind a corner then peaking around to see her looking at me, then I’d move back, then peak around again and she’d be completely still but 3 feet closer. Eventually she’d “catch” me and chase me down the length of the house.

Meanwhile, Penny would come bounding in, “Look at me! Look at me!” It is one of a string of guilty thoughts I harbor that I feel like I ignored Penny a bit during these instances. I brought Matty home to keep Penny company but it became obvious that it was me who was enjoying the added life in the house. However, I do think they grew to love each other.

When I came back after having Penny put to sleep, I walked to the laundry room to begin cleaning up the litter. Matty followed me in, stuck her nose in a fluff of Penny’s hair on the floor and let out a plaintive meow. It helped to know Matty was as heartbroken as I was.

After that, I threw all my attention and love on to Matty, and she stayed with me, mostly healthy, until May 18th.

She began to look frail in April so I took her to the vet. Her kidney levels were up and she’d lost a pound of weight in a year, which for such a tiny cat wasn’t great news. I took her home convinced it was just a matter of nursing her back to health. I made sure she ate as much as she could, spent as much time with her as possible and gave her the high blood pressure medicine I was certain would turn her around. She kept losing weight, though. She’d have days where she wobbled to the litter box, eventually not being able to even get into it. She’d vomit in agonizing fashion. While laying with me, she’d jump up and walk manically around the bed with the left side of her face contorting like she had something caught in her mouth. Eventually she would slowly lay down and drool as she closed her eyes. I didn’t know it at the time, but I’m fairly certain these were seizures caused by her kidneys failing.  The last time she was on the bed with me, she could barely stand up and couldn’t get down to get to the litter box so she went right there. She looked down in surprise as the fluid touched her back paws. I raced to get some paper towels, picked her up and took her outside and let her walk around a bit, trying to give her the freedom to go to the bathroom wherever she felt like. She followed me to the backyard, wobbling, stopping and staring, then moving again. I picked her up and took her back inside where she threw up and could barely finish. It was gut wrenching for me to watch, but I could only imagine what kind of pain she was having and how it would get worse. It was at this moment that I knew it was time.

I texted my parents to let them know and as the words came out on the phone for the first time, I broke down uncontrollably.

It is such a deep pain to lose someone you love with every ounce of your heart. It’s even harder to know it may be up to you to make the final decision of when that life will end. I can only hope and pray I made the right decision – that Matty was ready. The last hint I got it was her time was how quickly she went. It felt like seconds. My parents came and drove us to the vet and it helped to have someone to hug afterwards. I was totally alone with Penny, and I remember standing there sobbing over her before the vet finally came in, thinking, “This, this may break me. I don’t think I can handle this.” But I did handle it. Partly because Matty was there at home, waiting for me.

It’s been over a month and I still find myself thinking, “Oh, when I go home to change or eat dinner, etc. I get to see Matty.” I imagine those thoughts will be there for a while.

To both my Chiquitas: You will always be in my heart. I love you so much. Thank you for making my life incredibly rich and happy. 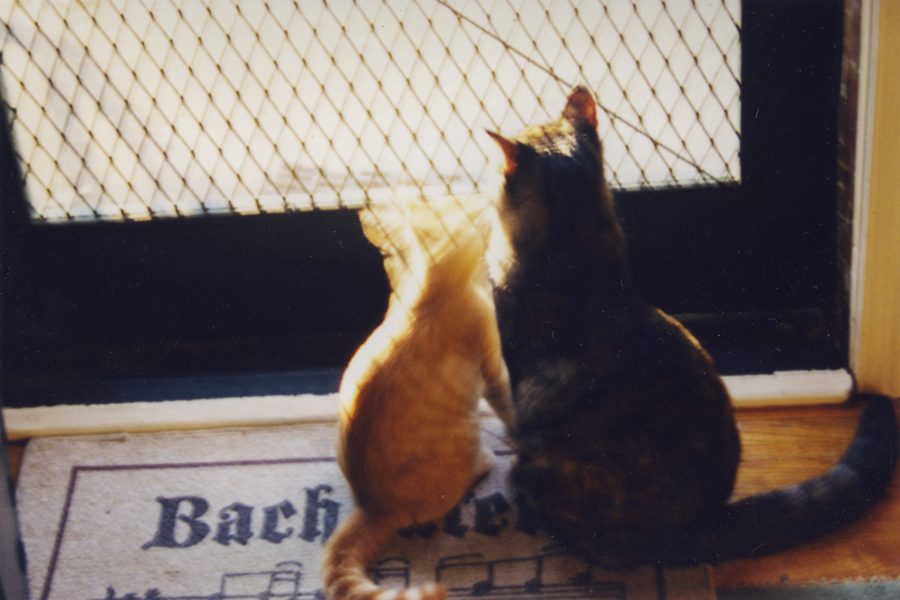