The beast can be anything: a promotion, a date, front row seats to Rush, a good night’s sleep, perfectly smoked barbecue, singing Journey flawlessly at karaoke, whatever.

In this picture, it’s a scared little calf that surely would’ve squealed with the most plaintive whine were it caught. It wasn’t. Score 1 for the bovines, -1 for the cowgirls.

For me it was film, and I lost too.

A fellow photographer friend of mine was hired to take photos at the rodeo at Colonial Downs this past weekend. He invited me along to hangout and take some photos. I decided at the last minute to go all film. i.e. no digital SLR’s to provide that instant gratification and backup in case something happened. I mean, I’ve had zero problems with film so far, right? Plus, I had been shying away from my Mamiya 645AFd and thought it time to force myself into using it.

It worked and I was forced through close to three rolls of 120 film. For me, that’s a lot.

The next day, I took them to the place in town that processes 120 in about an hour and it was promptly ruined in about an hour. The shot featured here is one of my favorites that is almost passable. But, you can still see the vertical streaks that riddled all three rolls beyond the help of photoshop even. It was a hard lesson. And that lesson is to be undaunted, no matter what.

My initial reaction was to begin gathering up all the film equipment I’ve bought over the years and send it directly to eBay. Go all digital. Embrace it.

My photographer friend began talking me down though. Pointing out the differences of medium format and the guts it takes to even shoot film these days. Coming from someone who shoots 100% digital and takes absolutely beautiful shots, this meant a lot.

Stand down eBay finger, stand down. There’s plenty more calves to be roped in. 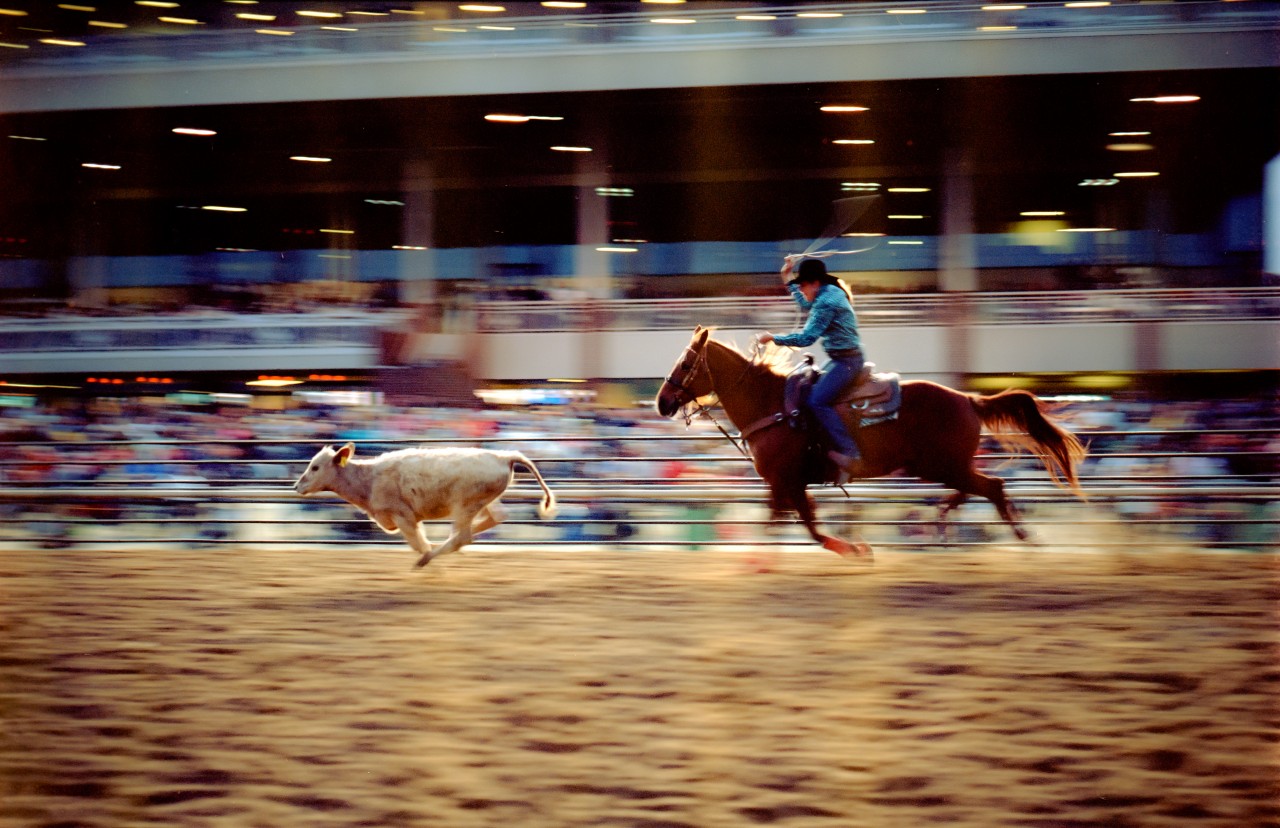